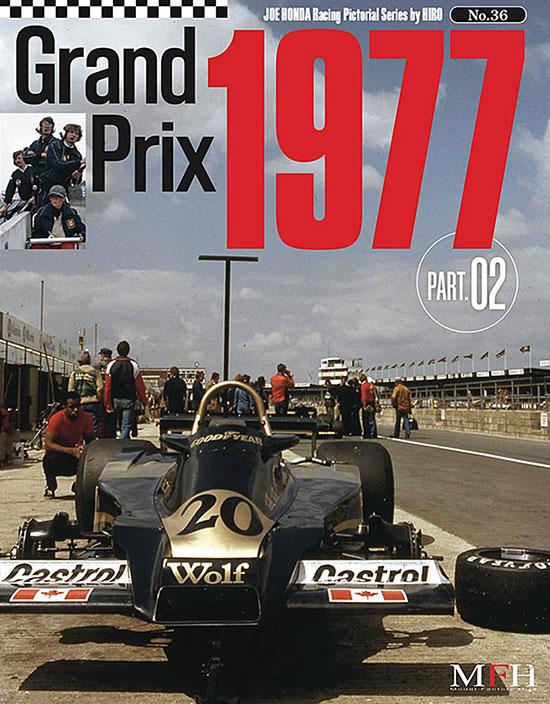 The Vol 36 of Racing Pictorial Series by HIRO continues following the previous issue, the 2nd volume to the season of the 1977 F1 formula racing season.

The machines which will be included in this Part 02″ issue will be the champion of previous year, James Hunt and his McLaren M23 and M26, the surprised return of Niki Lauda with his Ferrari 312T2 with improvements, and Jody Scheckter was raced with the Wold WR 1-3 series, finished the season with fabulous results regardless the team was just entered the F1 world. The all from Brazil Copersucar-Fittipaldi which had Emerson Fittipaldi and the improved FD04 and the new FD05. Then the RS01 from Renault with the turbo engine, driven by J.P.Jabouille.
Last but not least, the Monza Gorilla, Vittorio Brambilla, with the Surtees TS19; the colourful ‘Penthouse Rizla Hesketh 308E with Rupert Keegan; the British Hero, the LEC CRP1 with David Purley, and the KE009 from Kojima Engineering of Japan.

The Wolf WR series and Copersucar cars will be included in the special feature. Please enjoy and referencing your modeling work!!