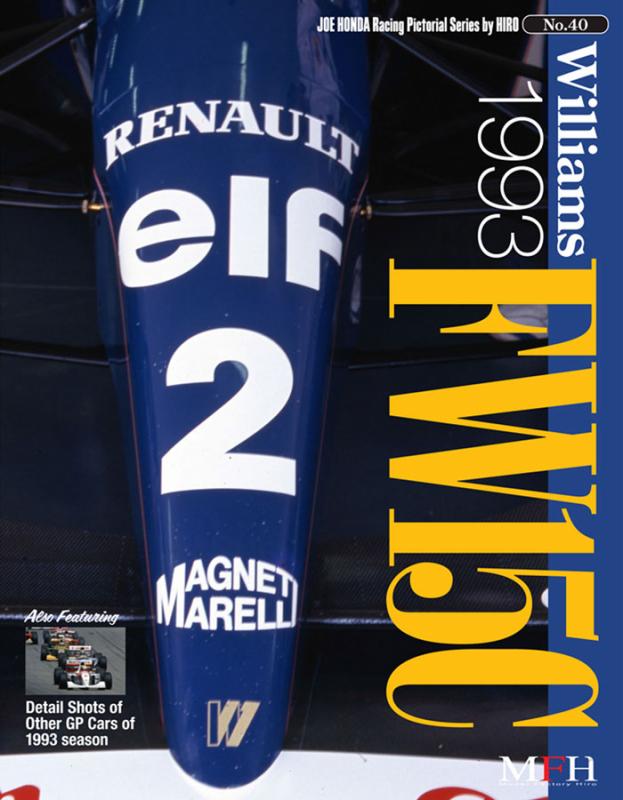 The 40th issue of the series Racing Pictorial Series by HIRO will be featuring the champion of the year 1993, Williams FW15C.
After a year’s rest, Alain Prost continue his races in the Grand Prix circuits, with the powerful partner Williams FW15C, which had been predicted to be a overwhelming power on the circuits.
However, the first half of the races were supressed by his rival Senna and the wet circuits, the penalties of flying start and the active suspension of other teams’ vehicles affecting the scores he gained, and the young teammate Damon Hill was climbing up the top of the score board, the fight for the championship become vigorous. Prost took back his pace from the mid-season and achieved a career high 4 constructive wins, and finally the overall championship of the year, as the present for his retirement.
This issue will be following Prost’s favorite machine, the FW15C, marking the changes on it, and the details of other vehicles from other teams, companion the comprehensive and informative detail file, about 30% content of the book. It should be very helpful to your modeling experience!