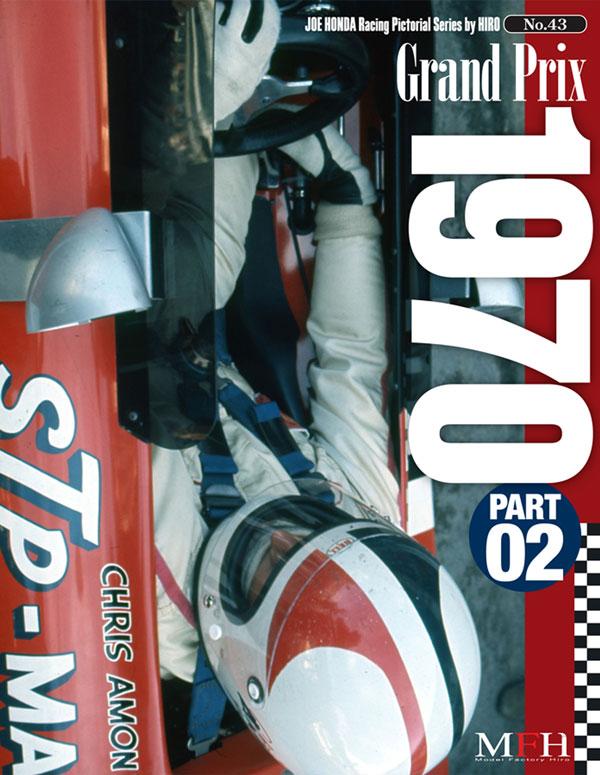 The No.43 issue of “Racing Pictorial Series by HIRO” will be continuing the second part of the 1970 GP, the strongest Lotus72 and Jochen Rindt, and all other challengers, and the team which are not covered in Part-01.

At first we will have pictures of the combination of Lotus 72 and Jochen Rindt, as we have already published the “Lotus 72 1970-72″ (No. 17), we will have many maniac contents of other teams included in this issue since this issue is covering the whole season.

This issue will be covering those by-players like the outrageous new March team, the veteran McLaren, BRM, and De Tomaso with the eccentric apperance.

Don’t miss this issue to review the nostalgic moments of the GP scene, also as your modeling reference!